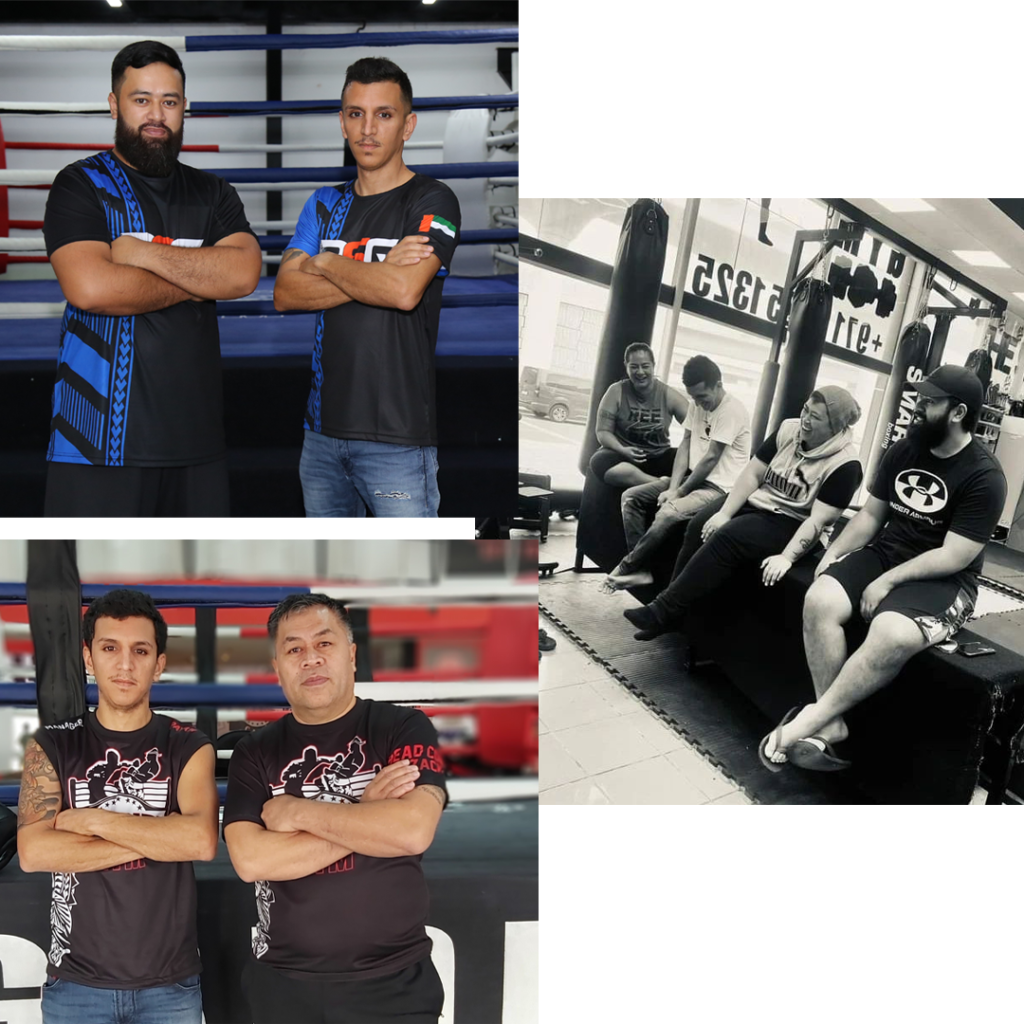 RINGSIDE GYM is a Dubai martial arts gym. More often referred to as RSG, we have coaches from several parts of the world. The late Zack Taumafai and Payam Honari, formed RINGSIDE Gym in October 2019.

The late Head Coach Zack, came to Dubai in 2007. He was later followed by four out of five kids in 2008. The family ran classes all over Dubai lugging around in a small Picanto and living in a 1 bedroom apartment for 6 months before they finally got the opportunity to open their own gym. KO Gym was the most influential martial arts group in Dubai for 7 years. The martial arts field was nourished by Zack and you see the fruits of his labour even today.

Payam Honari is a passionate businessman. He has vast experience in Retail and Real estate areas in the Gulf. He learned the value and principles of earning money from his father when he was a small kid. The most important thing that he remembered was the one his father used to say –

“No matter what business you`re in, always make sure to keep your priorities focused on people”.

The Taumafai kids and taken reign of their fathers partnership with Payam and now run Ringside Gym. Zack & Payam’s visions and hopes continue to emerge and develop. ‘TRAIN TOGETHER, FIGHT TOGETHER, WIN TOGETHER.’

RINGSIDE invites every member in the family, people of all ages and levels to participate and welcomes beginners as well. It offers members a wide range of martial arts from Kickboxing as its major sport to Muay Thai, and Boxing just to name a few. We also provide ladies only classes with a female instructor for mothers, daughters, sisters and aunties who wish to workout in a more private environment.

Over the years, the late Zack Taumafai and his family have managed to be consistent with their followers and non-members and has continued to thrive only by word of mouth.
RINGSIDE is more like a community rather than a gym with staff, and the syllabus that the late Zack left behind, is adaptable to beginners that had never even heard of the sport to people that fight professionally.

The Taumafai kids along with their partner Payam have maintained the relationship and continue to prosper and strive with the late Coach Zack’s legacy.

Our vision is to have multiple martial arts facilities in Dubai and neighboring cities to expose the general population to the proven benefits and self-developing essence the arts has to offer both physically and mentally.

Our mission is to deliver a unique syllabus trialed and tested by ringside’s late head coach, through decades of research and application. A syllabus that you can absorb and feel through a vibrant family orientated environment that’s adaptable to every member of the family.

With coaches from all walks of life and a wealth of knowledge, we have maximized the opportunity for every individual to find a platform and a connection. Ringside not only want to develop striking abilities, self-defense, confidence, discipline and respect, but also instill the importance of life with a focus of mental and physical well-being. Utilizing martial arts components, essence and techniques, that will live within our clients as life skills and mechanisms to endure todays changing pace and regulate their outlook.

WhatsApp Chat is free, download and try it now here!